I finally did it! And it did not hurt me. At all! I sewed a cape. 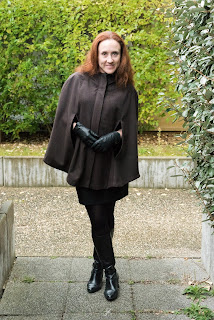 Let's be honest, my confort zone are dresses, I basically live in dresses, office, week-ends, I have a lot of them and I always need some more. And that's what I sew the most, I know where the challenges are, I know how to put in the lining, most of it is known territory. 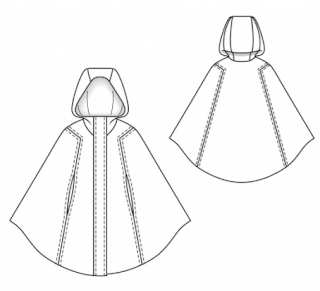 I know, capes are no longer in vogue, but I always wanted one and therefore, sewing it was the best solution. In addition, I had this piece of such a soft wool-cashmere which I snapped during sales probably 2 years ago at 50% off. The only hickup: I had barely 1,5m of it, so far from enough to sew a coat. But I figured out the cape could be done.

Last year, just before x-mas I sewed a muslin and largely adjusted my pattern. But then sewing my x-mas dress, family gatherings and our vacation came in and in January I put the muslin away. And it stayed there till September this year.

This time I figured out I had enough dresses to wear during the mid-season and could concentrate on a more difficult project - at least that's what I thought. For me (a coat/jacket novice), sewing a cape was a long and complicated project. And what an error!!!!! I decided to line the cape, contrary to the original pattern, and even with this additional difficulty, it took me some 15 hours, so definitely not more than a lined dress. Also, there was no particularly difficult point. A good lesson learned - do not get intimidated by projects which only seem difficult. 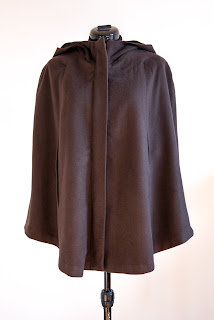 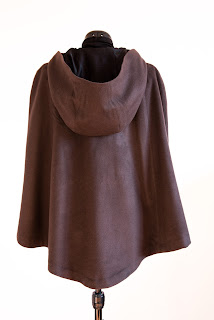 Soooo little bit of sewing stuff: lining was an obvious, the cape might be open more often than a coat, so there was no way I would like to show the ugly inside. The cape itself was super easy to construct, as the wool behaved so well. I lined it with some black silk - the lining is attached on the borders, including the arm openings and on a few strategic little points. If only I had a little more of the wool, I would have used it for the hood lining, now, I had to be super careful and super precise so that it looks nice with the black lining. 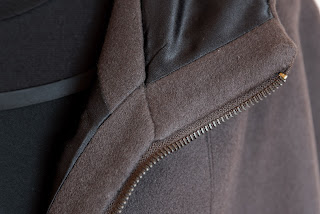 Another nice surprise was the zipper - I think I have never inserted a standard zipper and it was just 100% easier than any invisible one. 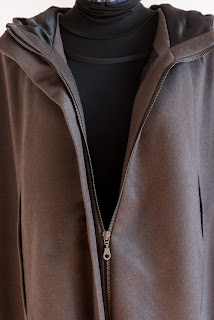 I think the only difficulty was the last step: attaching the placket which covers the zipper. I must say that the cape looked good even without this placket, but I like the polished look with the placket more. I followed the instructions which let you sew everything and only attach the placket on top of the cape. Somehow, I would do it differently, so that it blends more easily into the pattern, but that would have required some pattern changes and I was not so sure of what I had in mind. 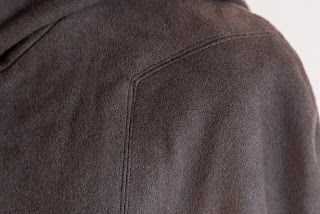 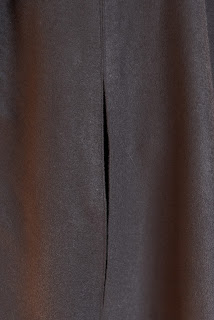 All in all, if you did not get it yet, I am pretty excited by how this cape turned out. 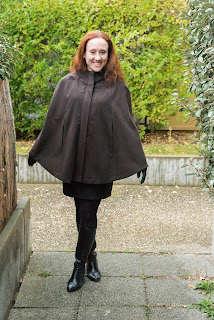 I was treated Petit Chaperon Rouge, as well as Zorro (my muslin was sewn in some black cotton) when I was trying it on during sewing, but the result is pretty cool. 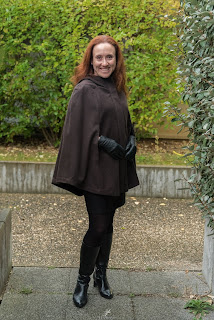 I know it is not the most practical piece of clothing but it is definitely quite unique and will get worn on special occasions. 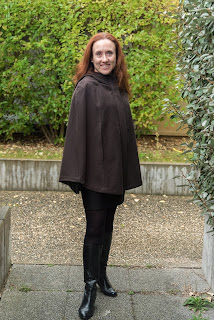 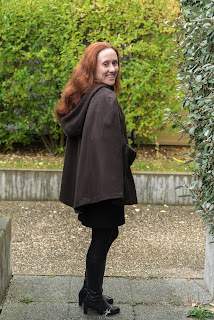