I am getting late with blogging, as well as with sewing. My wedding-guest dress is finally in process and I am still counting on the long week-ends in May to get it done. The problem is that my agenda is getting full in May, so hopefully will find some time to sew as well.

The weather is still somehow springy, so instead of a summer dress I got back to a wool woven fabric I bought a month ago. It is rather stiff, but in a great khaki colour which is just so difficult to find and I like it so much. I went by it in the shop at least twice before I ended up buying the 1.5m coupon. Of course, 1.5m is for a whole dress, it would be rather pity to make just a skirt. After days of hesitating on whether the fabric is suitable for a dress, I stopped thinking and just cut it out. 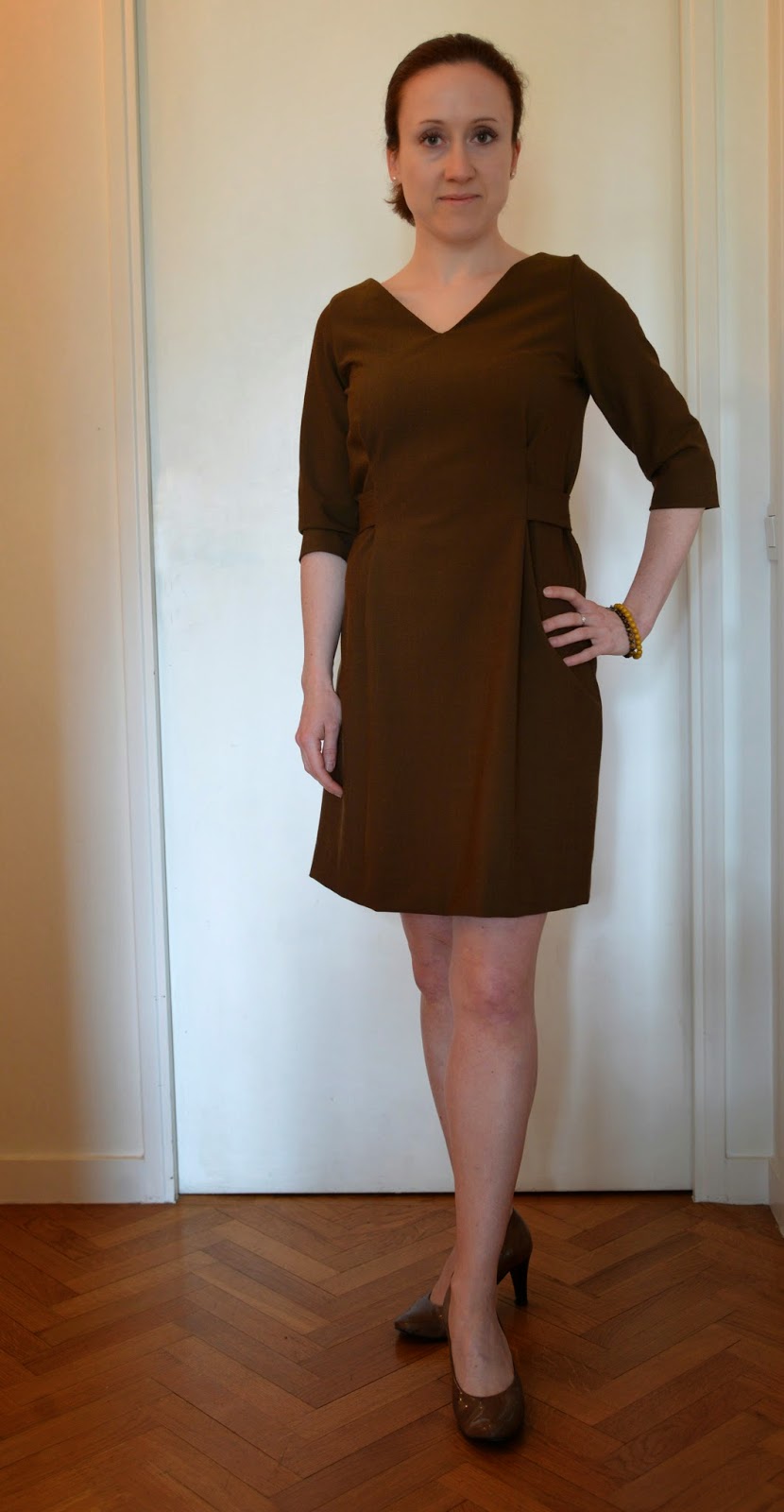 The model is Burda 116-02/2014 (again, I think this issue really paid for itself), which recommended rather cotton satin, so my anxiety only increased. This time I did not line the dress, I think it would get even thicker and due to the back closing half of the back would be anyway covered by the fabric and not by the lining.
I did only a quick muslin of the bodice to adjust the sleeves and the cleavage, the dress itself does not have any darts (apart from a small one on the sleeve), the whole adjustment is being created by the middle belt. 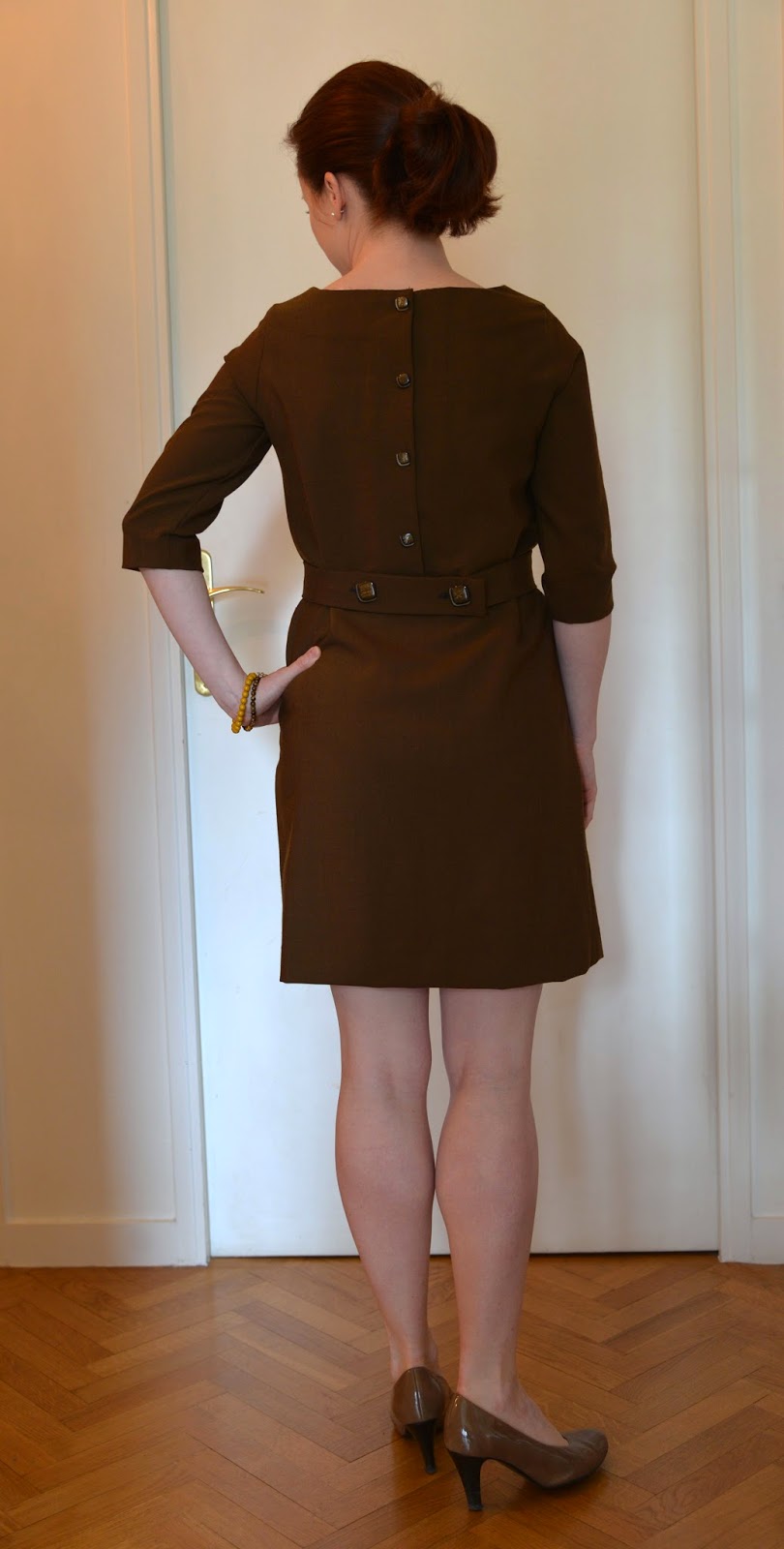 Already when trying it on, I realized I do not need the back closing, so I ended up sewing the small buttons directly on the dress, without buttonholes. I also run out of the green thread on the last minutes, so the big buttonholes on the belt are sewn with black, which is quite fine for me as the fabric has black threads in it as well. 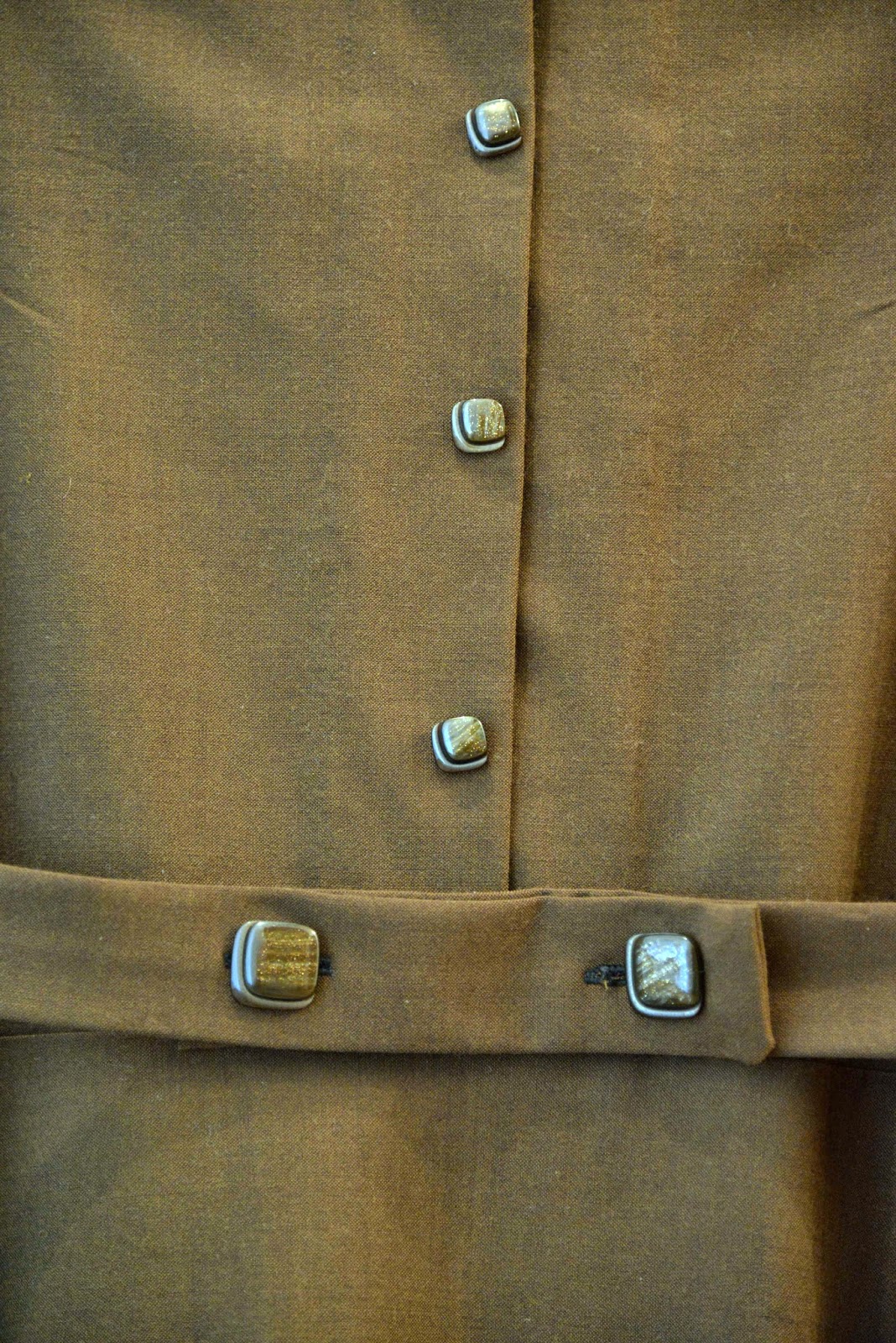 The buttonholes drove me crazy though. My Pfaff machine pretends being able to sew the buttonholes automatically but I have not managed to sew one completely. My machine always sewed the left part, the endings and never got to the right part. Finally, I managed to do it in two steps: let the machine do the left part with endings, then move it little bit to the right and sew the left part as the right one. I will have to do some research on this, because what is the point of having a good machine when you are using only two stitches.

In the end, I am pretty happy with the final result (and probably will not cut the dress again to transform it into a skirt as my BF had suggested seeing my initial apprehension). The fabric is not the most comfortable I have ever worn (compared to the Bordeaux wool), but I just love the colour. And it will be a nice warm mid-season dress.
I am even thinking about sewing another model from a cotton print as a home dress. 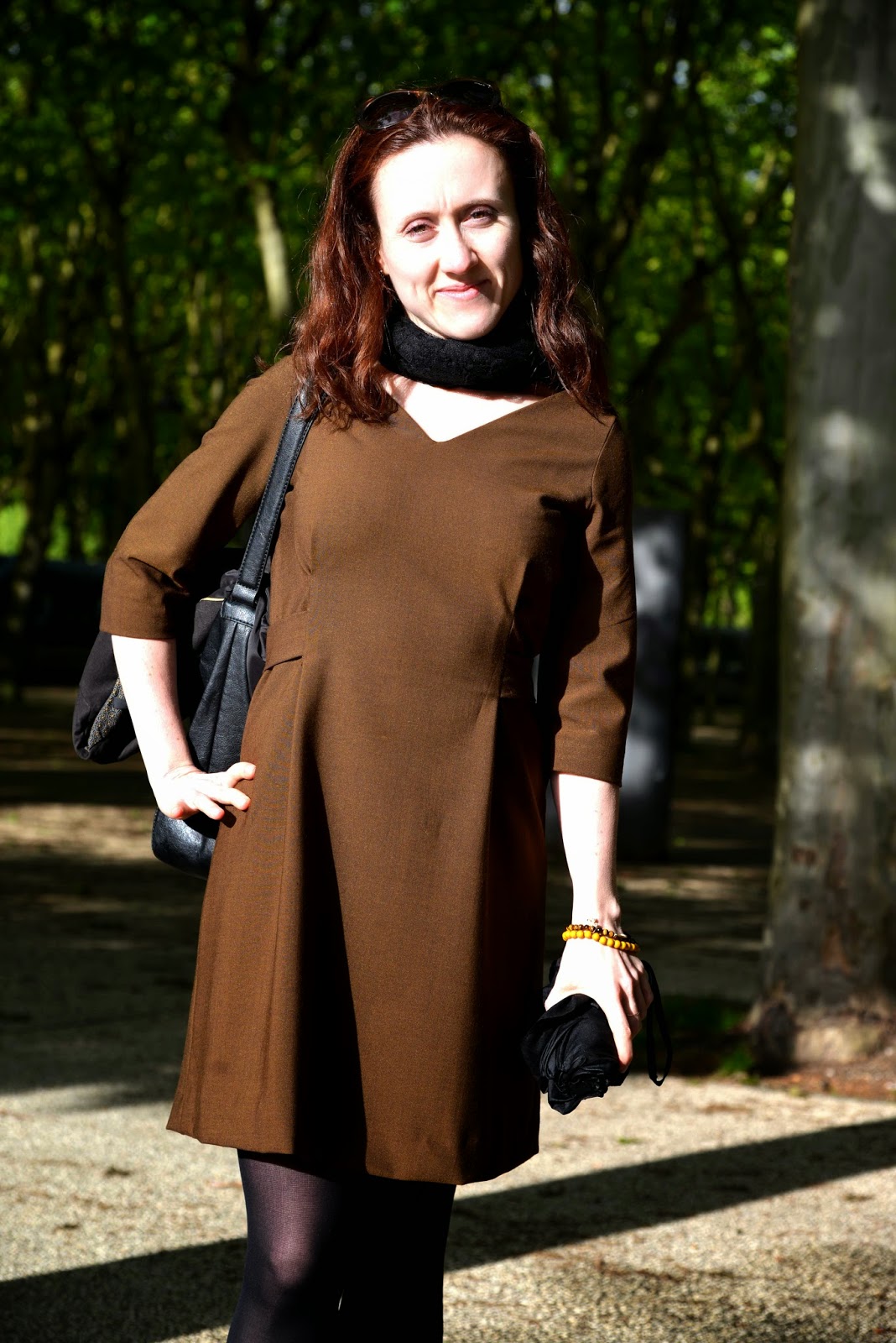