Due to logistical reason, I celebrated x-mas with my family already last week-end, so I can start sharing some of the presents I actually sewed, as they have already been given to my sister. 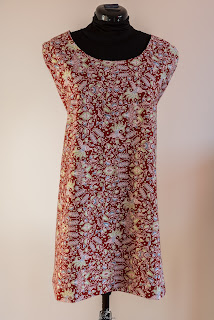 As last year, I decided to sew some of the presents, since it seems they have quite some success. The real clothes will be shared in the next post, but I will start with an apron (involuntarily in x-mas colours). I saw this Japanese pattern everywhere on Pinterest and thought that it would be great for my hipstery sister. I started searching for the downloadable pattern, but only found the paper version and at that point of time it was already too late to wait.

A short point on this year planning: I was actually in advance on everyhting. I knew I was going to be out 3 of the 4 pre-x-mas weekends, so I figured out I had to prepare everything before. I did almost all my x-mas shopping mid-November, well before Black Friday :o) - at least I did not have to worry about delivery times and delays which happen quite often before x-mas. Oh yes, and I ordered almost everything on the internet.
In the end, I packed most of the gifts on 1st December. And I was right - after my November marathon I got sick and was out of any energy for almost 2 weeks. The only energy remnants were spent on x-mas cookies baking (I did some 800+ of them).

Then I found a schema of the pattern and decided to give it a try and design it in real proportions on my own. And it actually worked rather well. 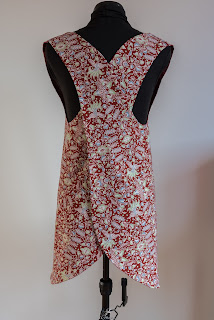 The apron is double-sided: first, it looks better and second, it is easier to sew the two layers together than doing bias binding. For the face, I used some batik cotton brought 2 years ago from Indonesia. 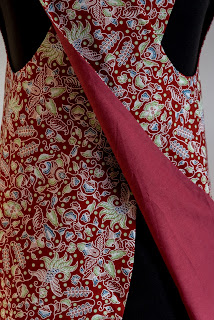 When I finished, I was thinking about what to do with the rest of the fabric and then found this cute (also Japanese) bag pattern. So not much thinking and I whipped up two double-sided bags to go with the apron. 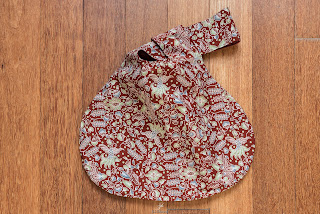 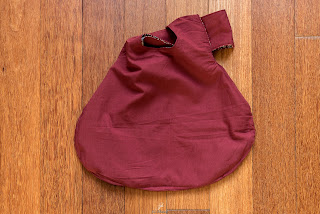 I do not have a worn picture because we were too tired after unpacking all the gifts - so next time.
I do not think I will post anything else before the end of the year, so I wish you "Veselé vánoce a šťastný nový rok!"
Posted by B-rouchka at 11:31