This is another make from the magical number of Burda 04/2016. I have a few issues of Burda which were definitely more than worth buying and this one is quite particular, I believe it is my 6th pattern from it. 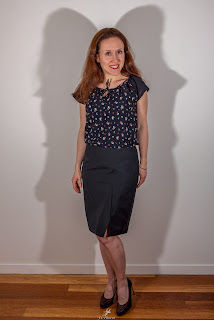 This time I opted for this little pencil skirt which plays a bit of pattern puzzle in the front. In the pictures in the magazine, the opening seems to be rather high, but since it is a normal (not petite) size, it is perfectly ok on me. I found this pattern really interesting, especially in the striped fabric. 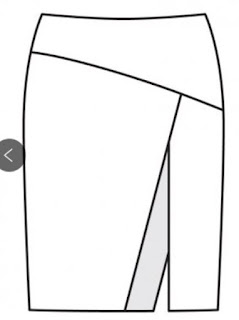 My version is an all-year-round one, and surprisingly black :o) The fabric was a coupon which is deep, deep, very deep stash. I think this comes from one of my first trips to Coupons St Pierre sales ever where I was just totally overwhelmed by the fact that there were small coupons, sold at 50% and I was buying without thinking. The fabric was marked wool-blend and I would say there is probably quite some poly in it, however, for the price of 2.50 euros for 60cm, I will not complain. 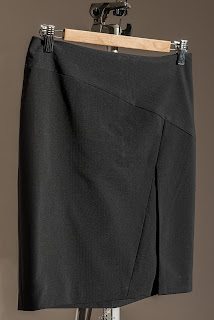 There is a slight striping on the fabric and that’s how I had the idea to use it on this skirt. I had just enough to cut out the length of the skirt knowing that some of the pieces had to be cut on bias in order to recreate the magazine version. I am not sure if from a distance, the stripes can be really seen, but I believe it changes the way the fabric reflects light, so I think it was important to respect it. 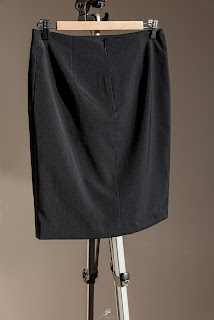 However, due to the fabric content, I felt obliged to line it, especially since I might wear the skirt in spring/summer to the office and that’s where the complications started. The way the opening is created is very clever as it has a lot of support and avoids too much of showing off. The border panel is double-sided which helps to keep the form and makes a nice finish on the inside. But the lining is not part of the pattern and I totally understand why Burda wanted to avoid it :o) As for myself, I did not have much choice so I had to figure out a way to line the skirt and avoid any lining showing off. I used a little remnant of black silk which was not even counted in my stash. 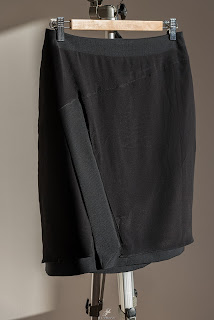 In the end, I attached the lining on both of the borders by hand and let it hang on the skirt hem as I was afraid that direct attaching might deform the skirt. Also, I interfaced all the front pieces even though Burda did not talk about it and I was rather happy I did that, it really helps the skirt to hold the form and limit creasing. The skirt is probably little longer that what I am used to, but with the right heels, I kind of like it and I think this could work well also in a real summery fabric. 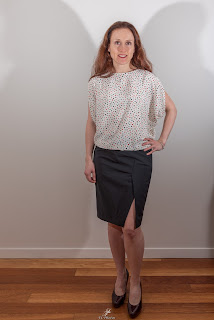