In my summer dress serie, I have sewn some easy dresses, some TNT patterns, but also some new ones and this shirt dress is one of them. 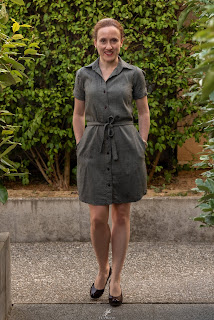 I love the idea of shirt dresses and it also seems to be quite in this year, so I needed another one. This time, I wanted something more casual than my TNT McCalls. I fell in love with this Simplicity 8014, and I just had to order it specifically for this project. 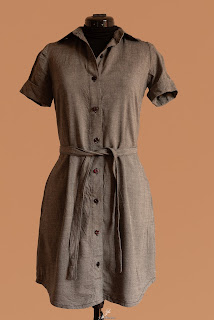 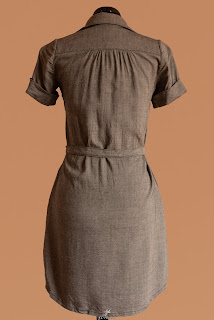 The fabric is a fine grey linen bought last year during Marché St Pierre sales period. It has such a nice sheen in it, so even though it is a slightly too light shade of grey for me, I went for it anyway. And it was just a great choice for this pattern. It sewed like magic, obeyed under the iron and did not melt. 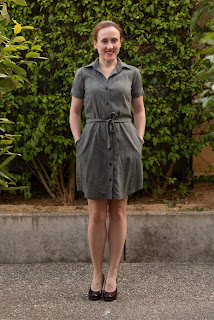 The whole dress is sewed with French seams, I added pockets, because, you know, pockets and topstitched everything. As said, the fabric was great to sew with and the result is obvious.

The dress is adjusted, yet casual enough and it is very different from my usual style, but at the same time, sooo ME. 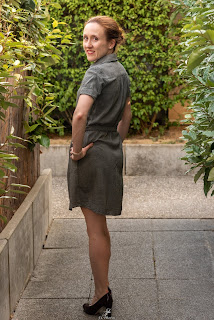 Of course, I did not have enough buttons in any colour for this dress. I wanted some basic black buttons, which I bought, but then saw these wine-colour buttons which were actually of a better size and the colour works very well with the grey. And I also realized I already have shoes of the same colour, so it was just meant to be. 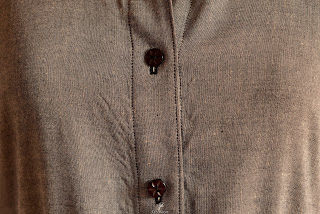 The only thing which I struggle always with is the belt. The dress needs a belt, for sure. I sewed mine on the dress because I do not want to lose it any time soon. 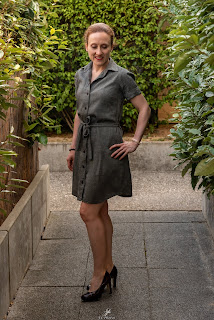