The Summer Dress Serie - The Last One

And probably the most successful pattern of this summer because I sewed it twice and wore both of them MANY times. 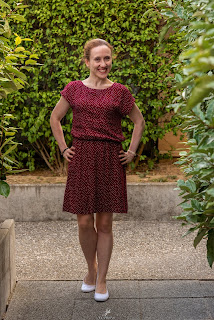 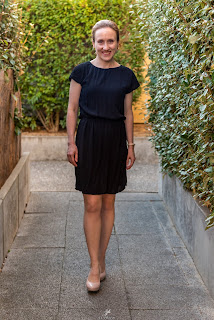 I usually do not check all the sewing magazines to decide whether to buy them or not, I only follow Burda's previews. However, a few of the bloggers I follow do an overview on the new collections - mostly on the Big4, but also Burda and sometimes others. So I need to thank Couture en coulisse for having sewn the Bella dress from La Maison Victor. Of course, by that time the magazine was no longer available in France, but I loved the pattern so much that I ordered the magazine. 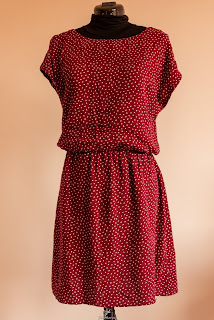 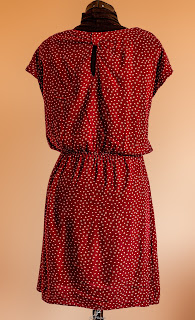 I do not think there is something difficult on this dress, even the back opening is rather smooth to sew, so I will not go into much detail. 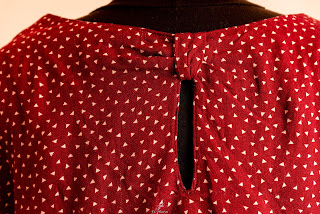 First, I sewed the dress in a remnant of red viscose, as a dress to be worn at home. And it has really become my home dress of this summer, cool enough to go out to the supermarket or a short walk outside. Here, I followed the pattern and used a facing. 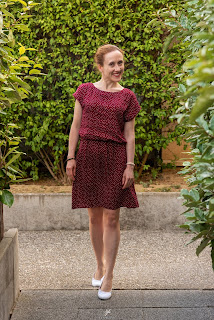 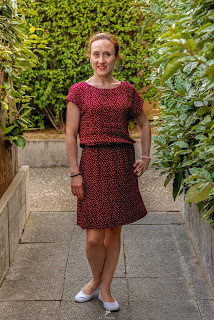 The second one is in a very light black silk chiffon which sit in my stash for almost two years as I was looking for the right pattern. The silk was rather transparent, so I used it in two layers. Therefore, I used one layer as lining on the bodice and there was no need to use an additional facing and the dress is sooo nicely finished that you do not see a single seam on the bodice. 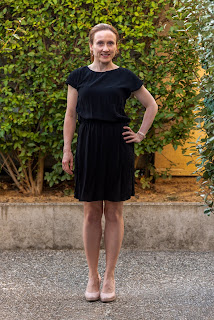 I really love the back opening, as it still hides my bra, while being cute and not too much. The dress is large enough to be light and breezy, but it still works well with jackets. Not mentioning that black goes with everything. 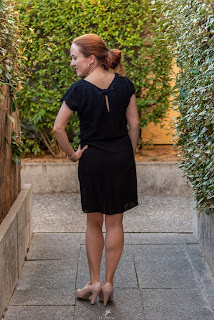 So, I am still little bit sceptical on the quality of LaMaisonVictor patterns - the tracing out is rather painful (compared to Burda!) and the magazine is really aimed to less experienced sewists, but I have since bought another number (and sewed another LMV dress), so maybe I will end up really liking them. Also, they consistently add men's and kid's patterns in the magazines, so it enables me to expand my pattern library (and maybe once sewing something for my man as well) 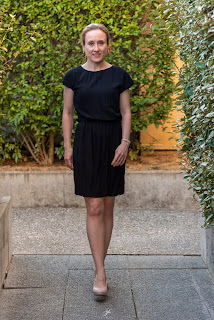