Some Other Non-Garment Sewing

This is just to document some x-mas gifts and some non-clothes sewing I did at the end of the last year.

Honestly, it was quite fun to sew something else than my usual dresses, as I was not very motivated to continue adding new standard clothes to my wardrobe, knowing that I only wear my collection of jersey dresses in the end. Full time home office became a norm again at the end of October and we are nowhere close to getting to the office on a regular basis before.... hmmm... end of March or possibly April, I would guess.

However, I got to do some other projects:

In preparation for December, I whipped up a quick Advent calendar for us - nothing super fancy, just 24 fabric bags, sewn super quickly on the serger. But this project used up a piece of black poly I would never ever use for a piece of clothing, as well as some nice ribbon. 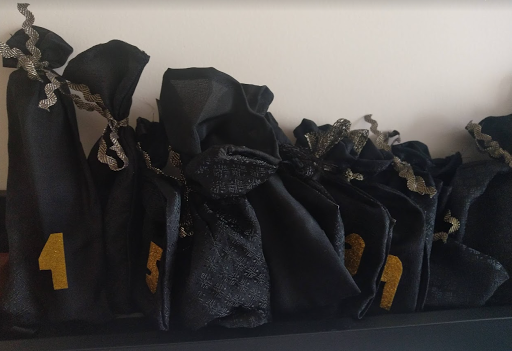 I only sticked the numbers with washi tape, so that I can keep the little bags afterwards.

Next were some merino t-shirts for my parents, I actually used the same pattern for both of them, just adjusted the size little bit. I also added a little something on each of the shirts to make them more unique. 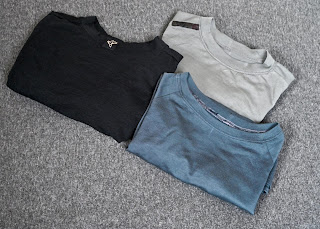 Last but not least, the big fashion in my Facebook sewing group this year: the reversible octopus. I used some velvet scraps from my 2 new velvet dresses which was a good and a bad idea. The octopus is very soft, but it was a pain to sew. The fabric frayed or disintegrated very easily and I had to resew several seams, as I was discovering new holes when filling the octopus up. Also, I was not sure how much it should be stuffed, enough to hold its shape but not too much to be able to reverse it. It took only one evening to make but is rather cute :-) 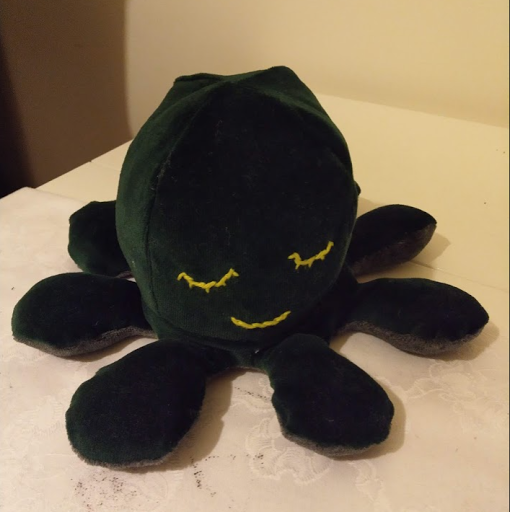