Wedding-guest dress - not a success

After muslining this dress for some time, I finally took the courage to cut it in the fashion fabric. I had bought dark-blue silk crepe (or crepe de Chine) which has a great drape, is not too slippery and, above all, is not too shiny. Even like that, the pattern copying and cutting was not the easiest task I have done so far. I had to draw everything on the fabric immediately and ended up having the chalk everywhere. The cat was not allowed to assist as she fell in love with the fabric and I was too afraid she would damage it, not talking about creasing. I used a 1.5m coupon which was just right, for the first time I do not have too much rests (which I would not mind for the silk :o)
Here is me cutting the fabric, as I do not have a proper sewing space, I am just working on the floor in the living room. 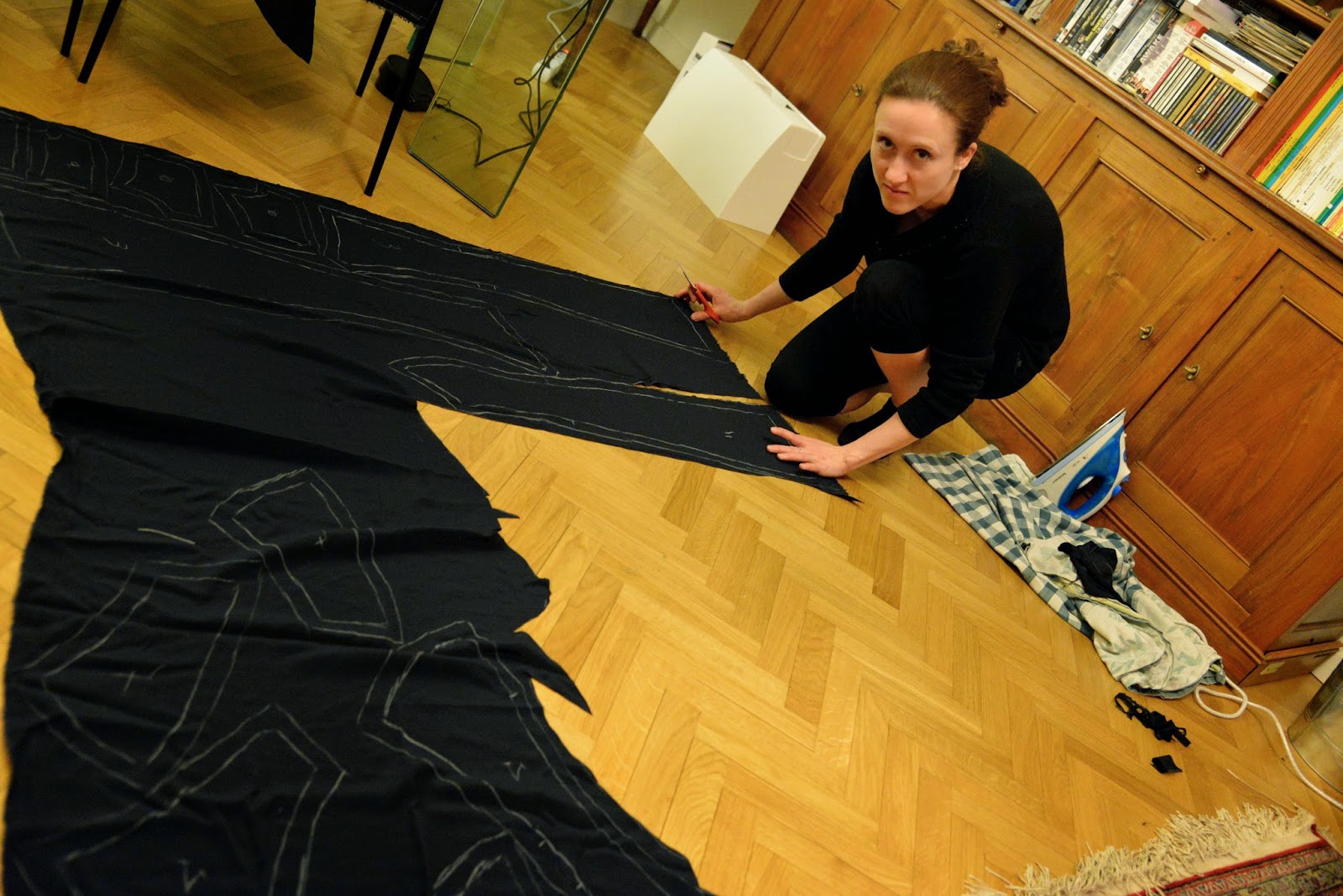 Originally, I bought a dark blue silk-cotton voile for the lining, but after having tried it on another dress I was worried it would add the weight to this one. So on the last minute, I have chosen the Bemberg lining from my stash. I used French seams on the fabric and normal overlocked seams on the lining. 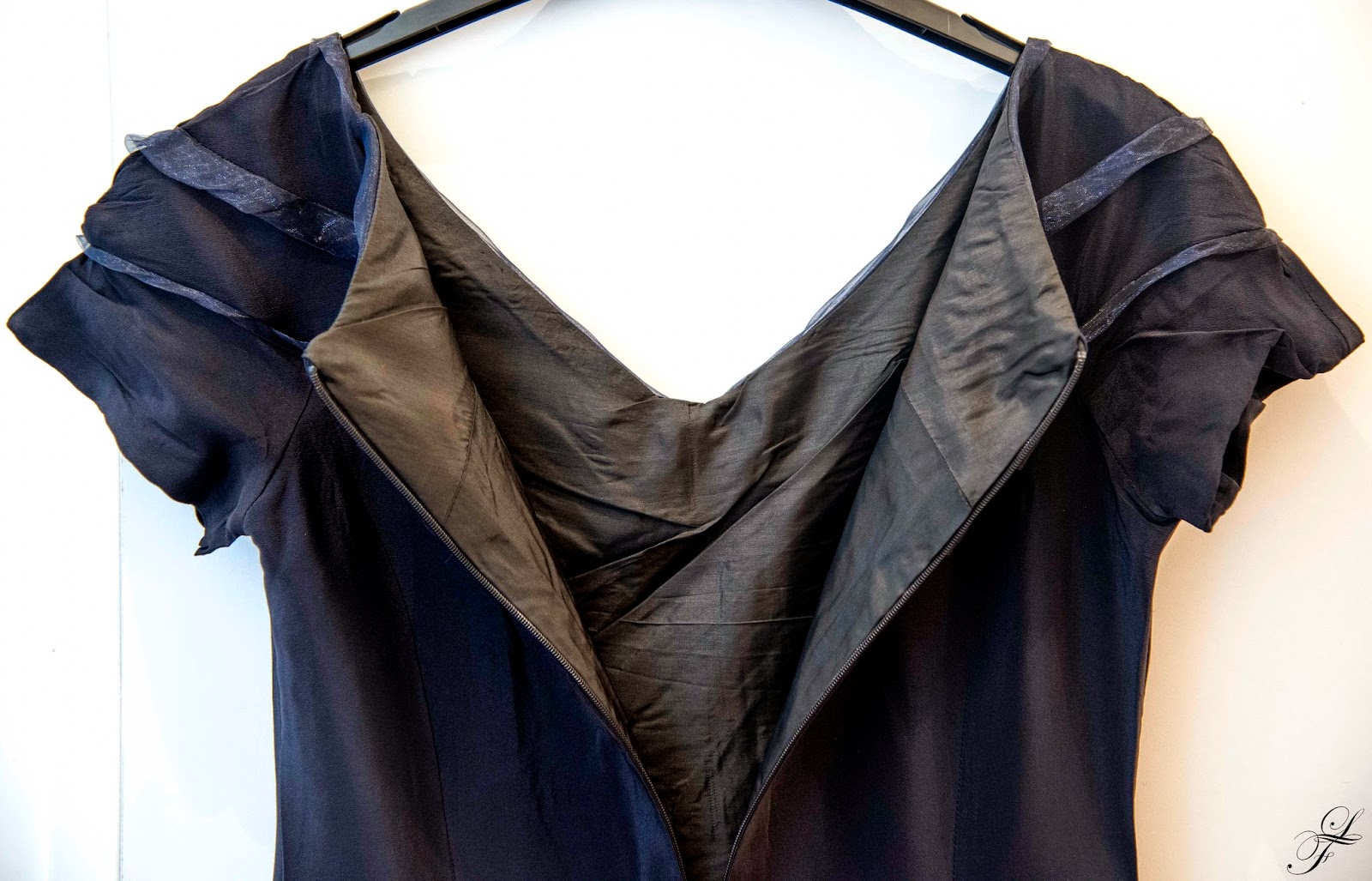 The invisible zipper was surprisingly easy to sew in, or I might be getting used to it. The difficulty was the décolleté: once I have sewn together the fabric (including the rest of the organza strip) and the lining, it was almost impossible to iron it flat. The fine fabrics were just resisting the stiff organza. I had cut another organza strip and sewn in between both of them which helped a little bit. Strangely I did not have this problem with the dress on, but seeing it in the hanger was enough to get crazy about it. 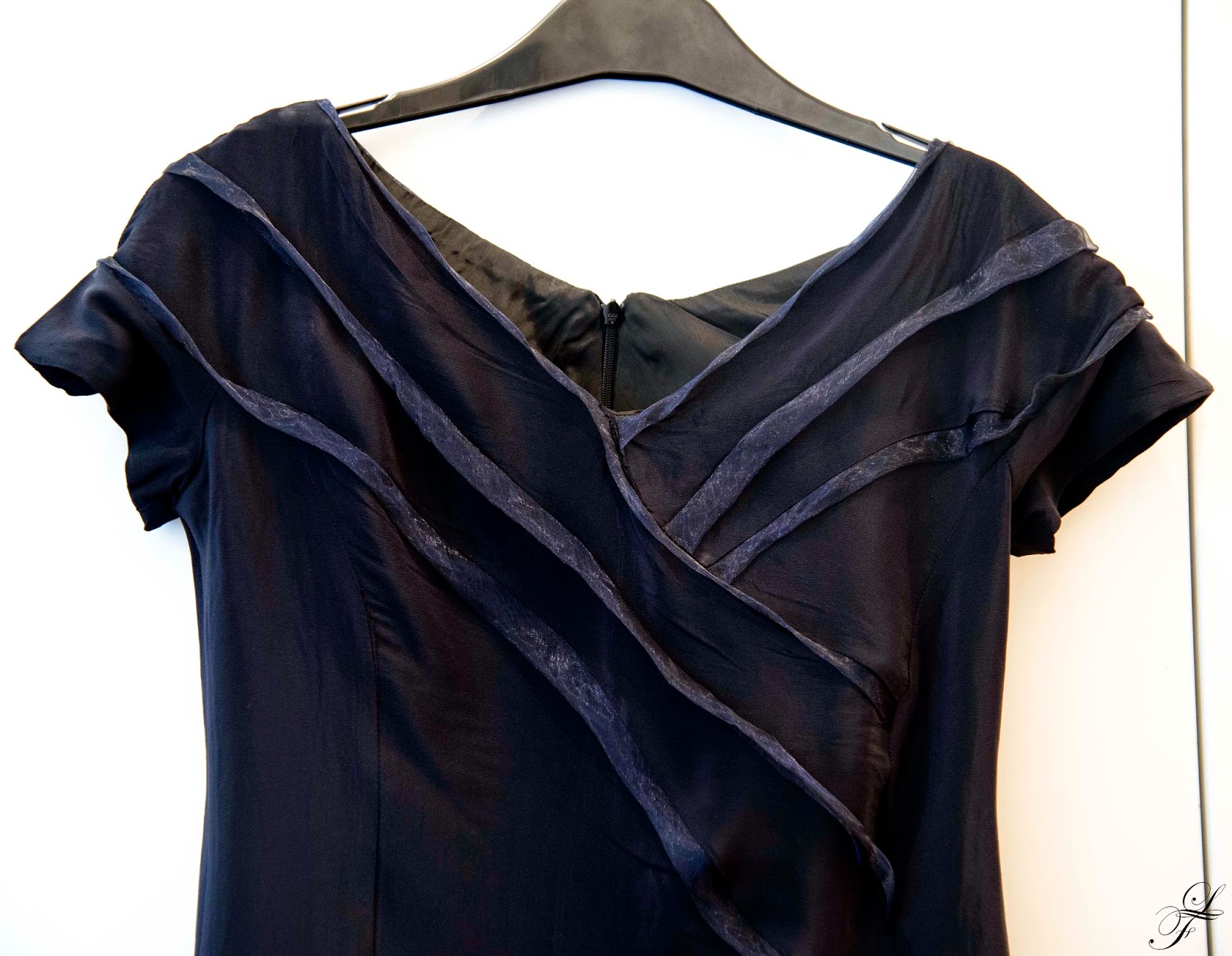 I did all the finishes in hand:
Sleeve hem
Small attachments between the fabric and the lining (on each armpit, as well as on the waist and the hem)
Bottom hem where I attached the fabric to the lining directly
Protection of the zipper end
Attachments for the bra straps 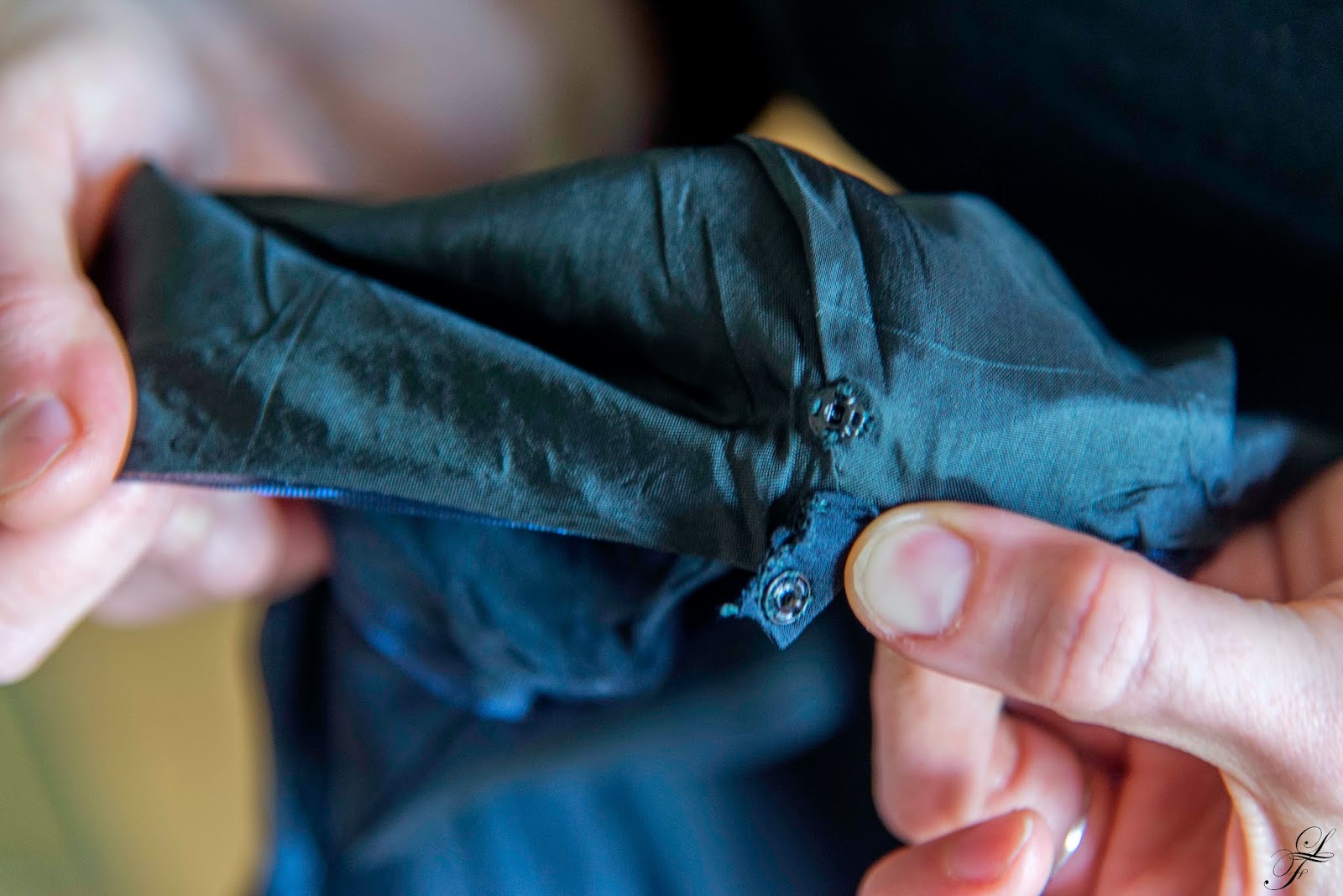 I admit that it was the first time working with silk and I did the big mistake of choosing a pattern far away from my size. Even the adjusting was rather tricky.

All in all, I ended up not liking the dress, for the following reasons:
-       It seems to be still little large on the cleavage
-       The organza strips are not even, not the same length and not matching on the back (I cheated and adjusted them little bit, but still…) 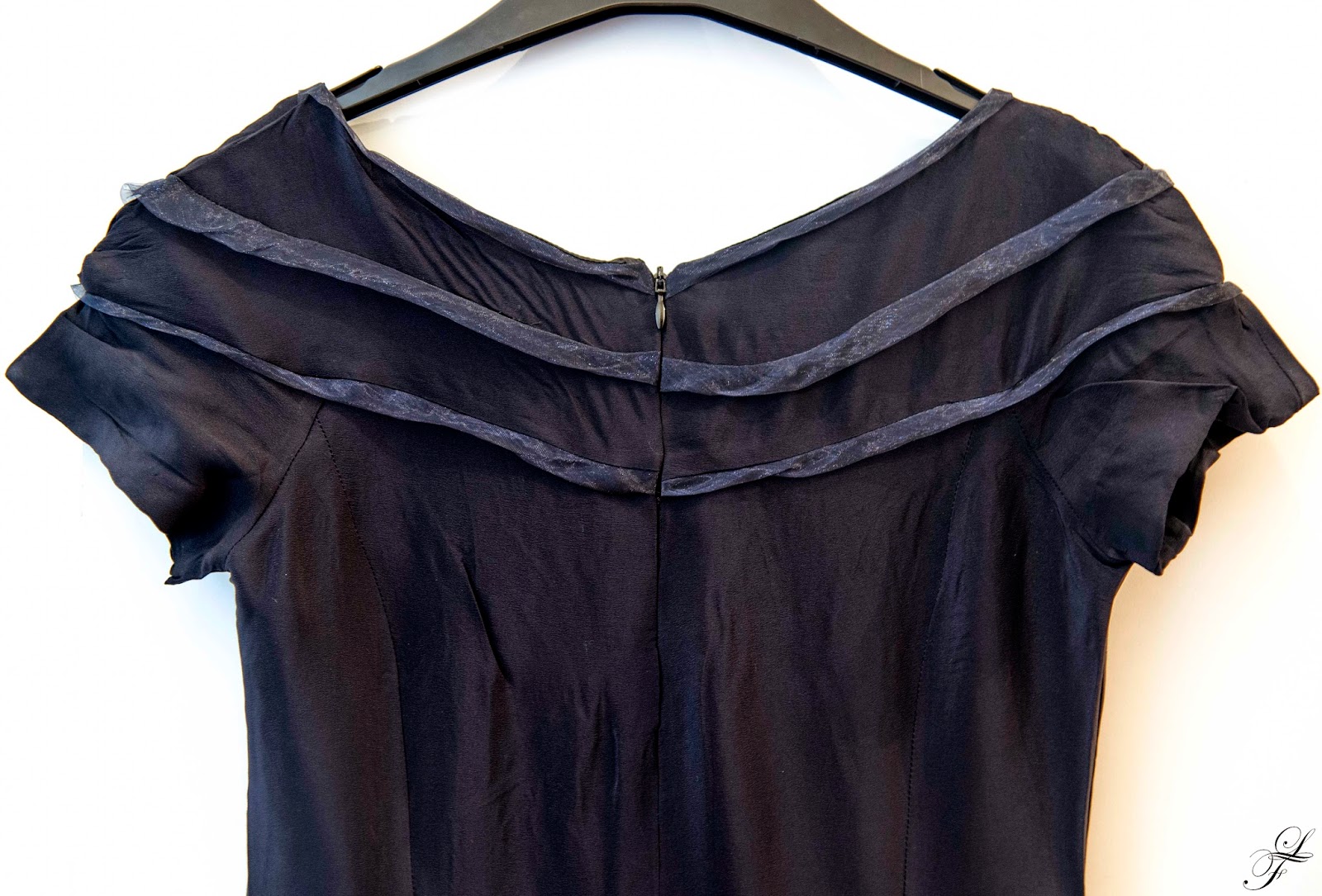 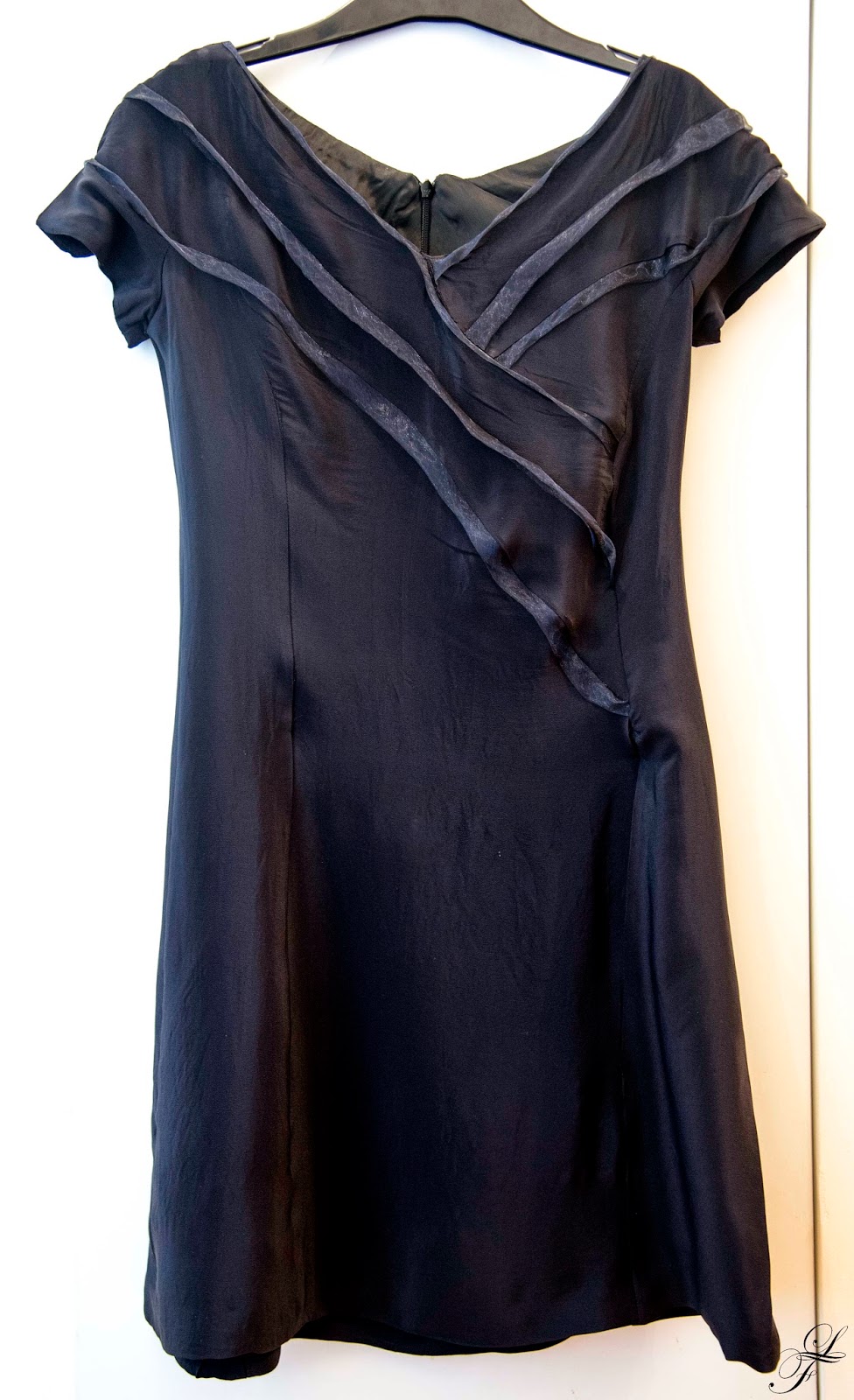 -       The lining is not attached properly, which is causing further problems

That is where I realized I would not be wearing this dress for the marriage and decided to sew another blue-guest-dress.
Posted by B-rouchka at 14:23