The objectives were clearly set, so I whipped up a linen shorts in about 2 days. I cut it out during the week-end when my BF was having his afternoon nap, sewed up really quickly during Sunday evening, ordered the buttons on Monday, received them on Tuesday and finished the buttonholes the same day. 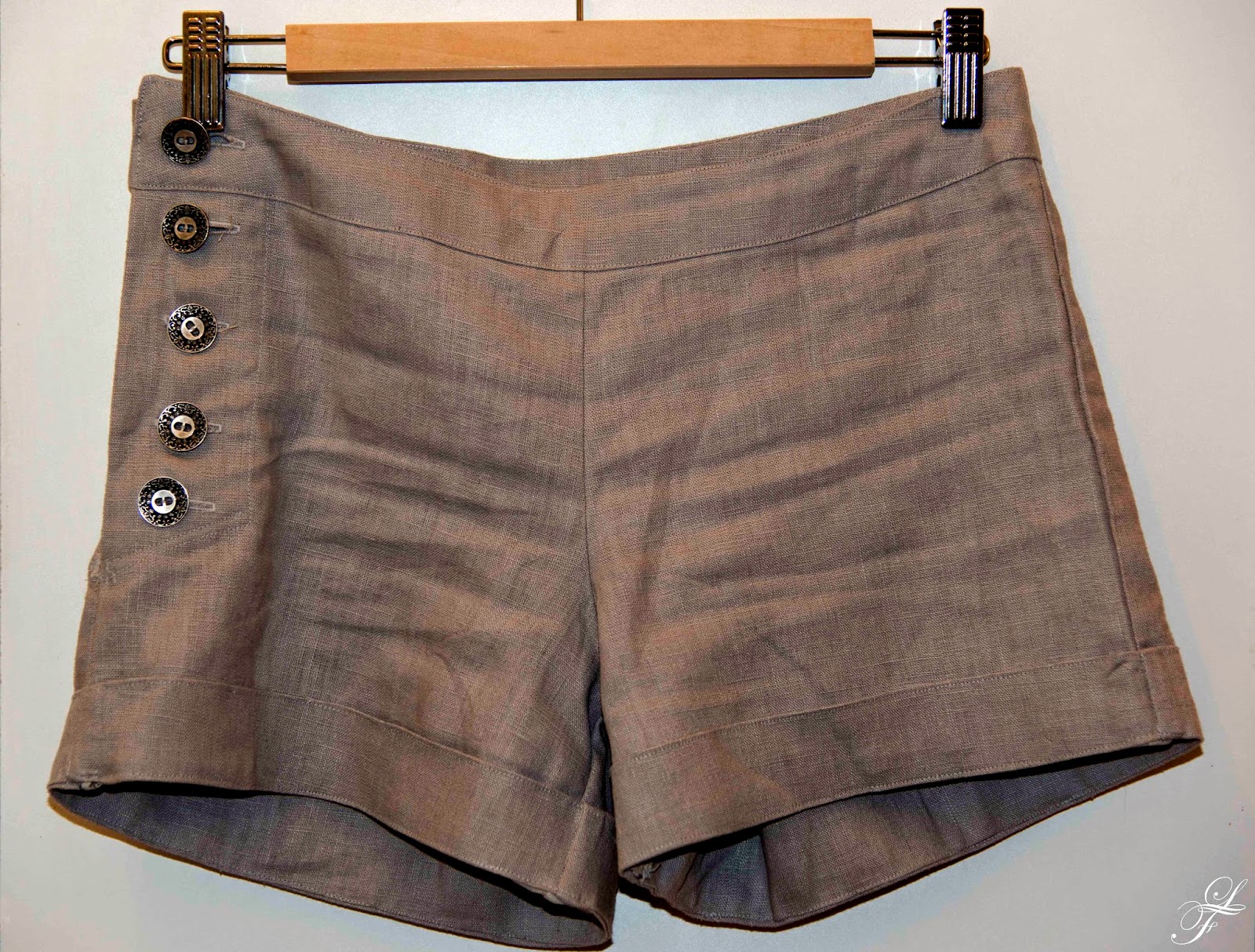 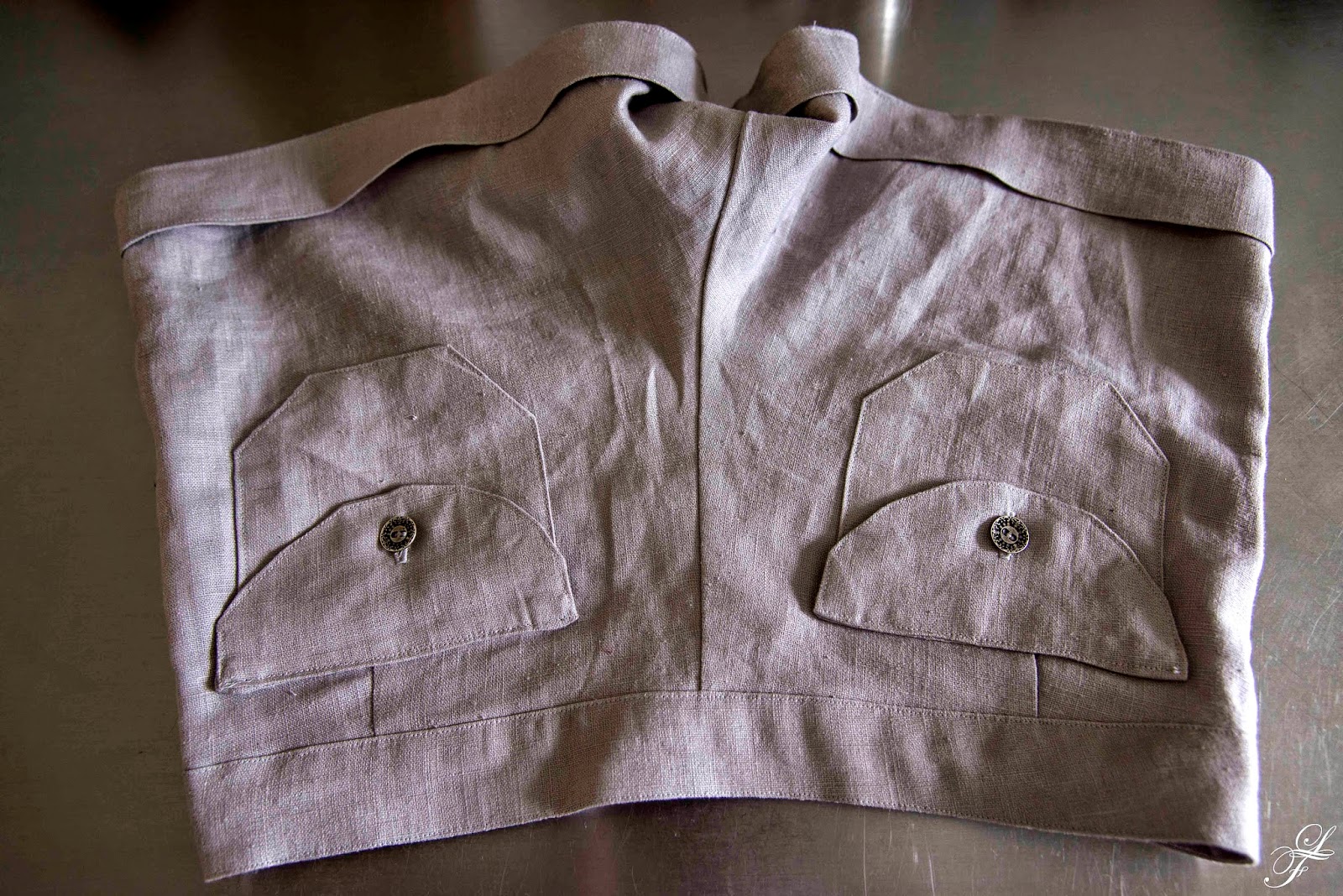 This was the first time working with linen and I must say I will buy some more soon as it was a real pleasure to work with. Ironing went smoothly, sewing went smoothly, it was just fraying a lot. I was also afraid that the seams would not be pleasant on the skin so I decided to treat them with bias. You can also see my new etiquettes: 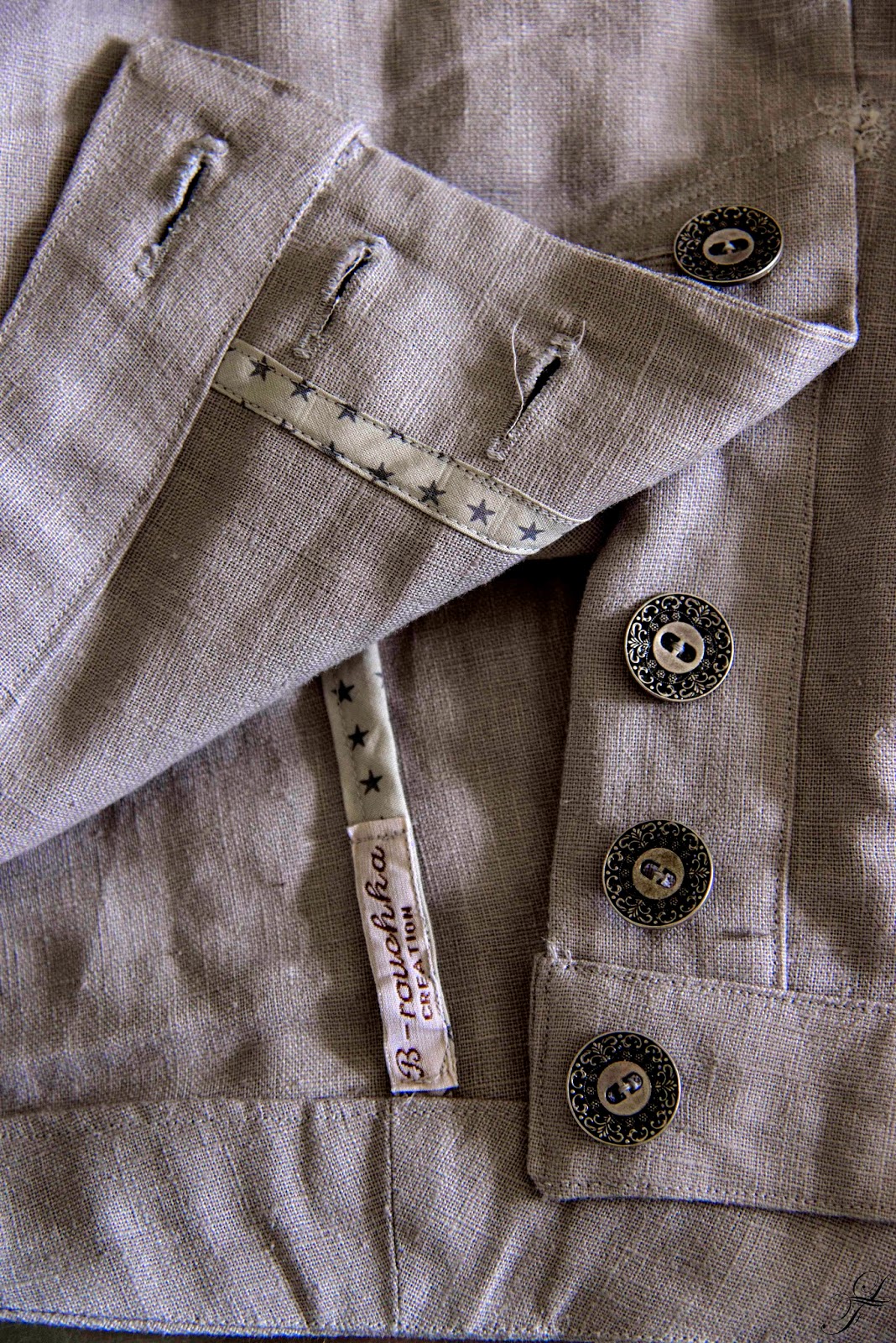 I reused the Ruby shorts from Burda which I had already tried and adjusted, so no further fitting issues, yeah! :o) This time, I omitted the front welted pocket but made 2 pouch pockets with buttons on the back. Also, I put the buttons only on the right side, because even on my Vichy short I never open the right side. 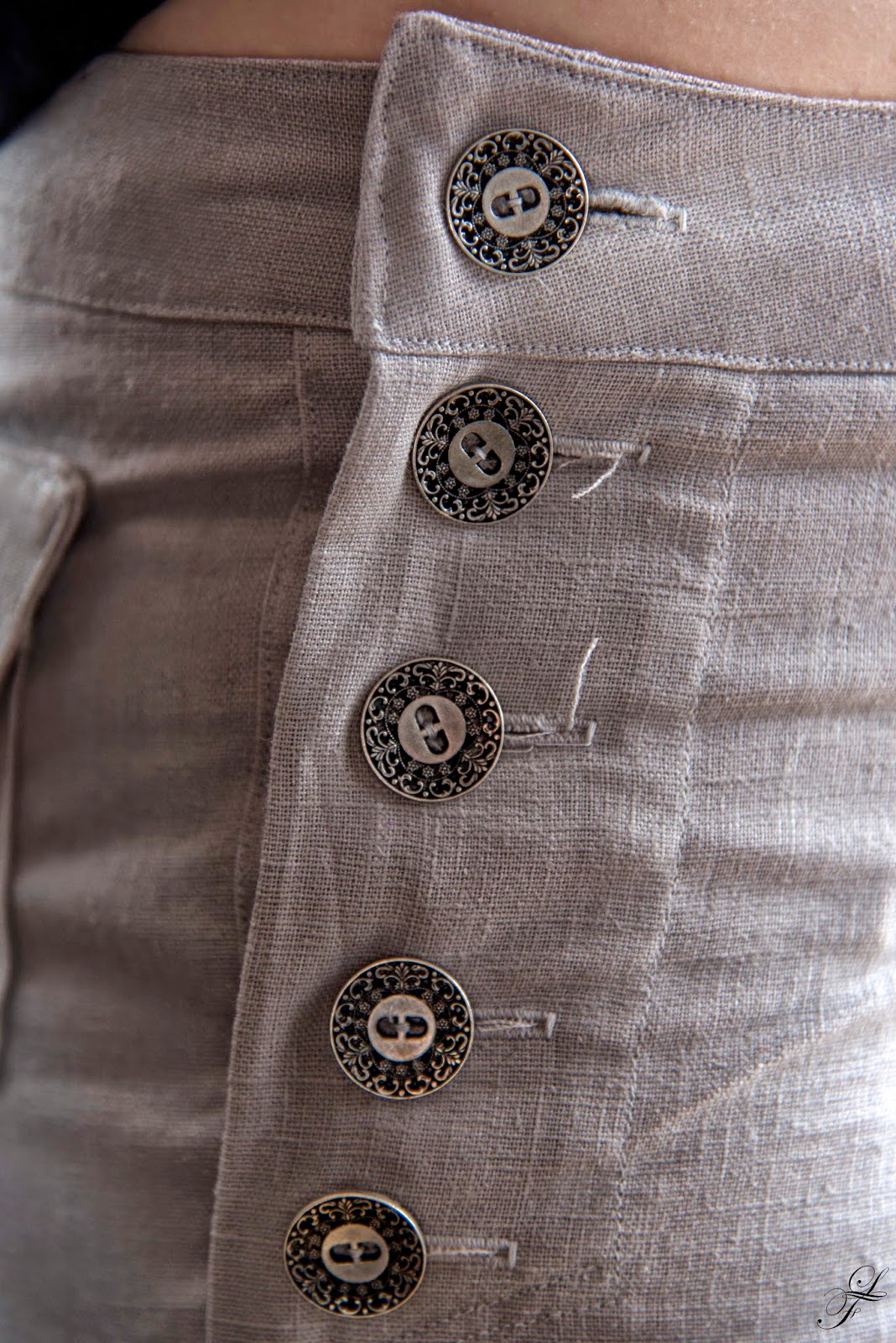 I really enjoyed topstitching the waistband and the hem and feel very satisfied with the result. Perhaps it is not such a bad idea to see the stitches on the outside from time to time. 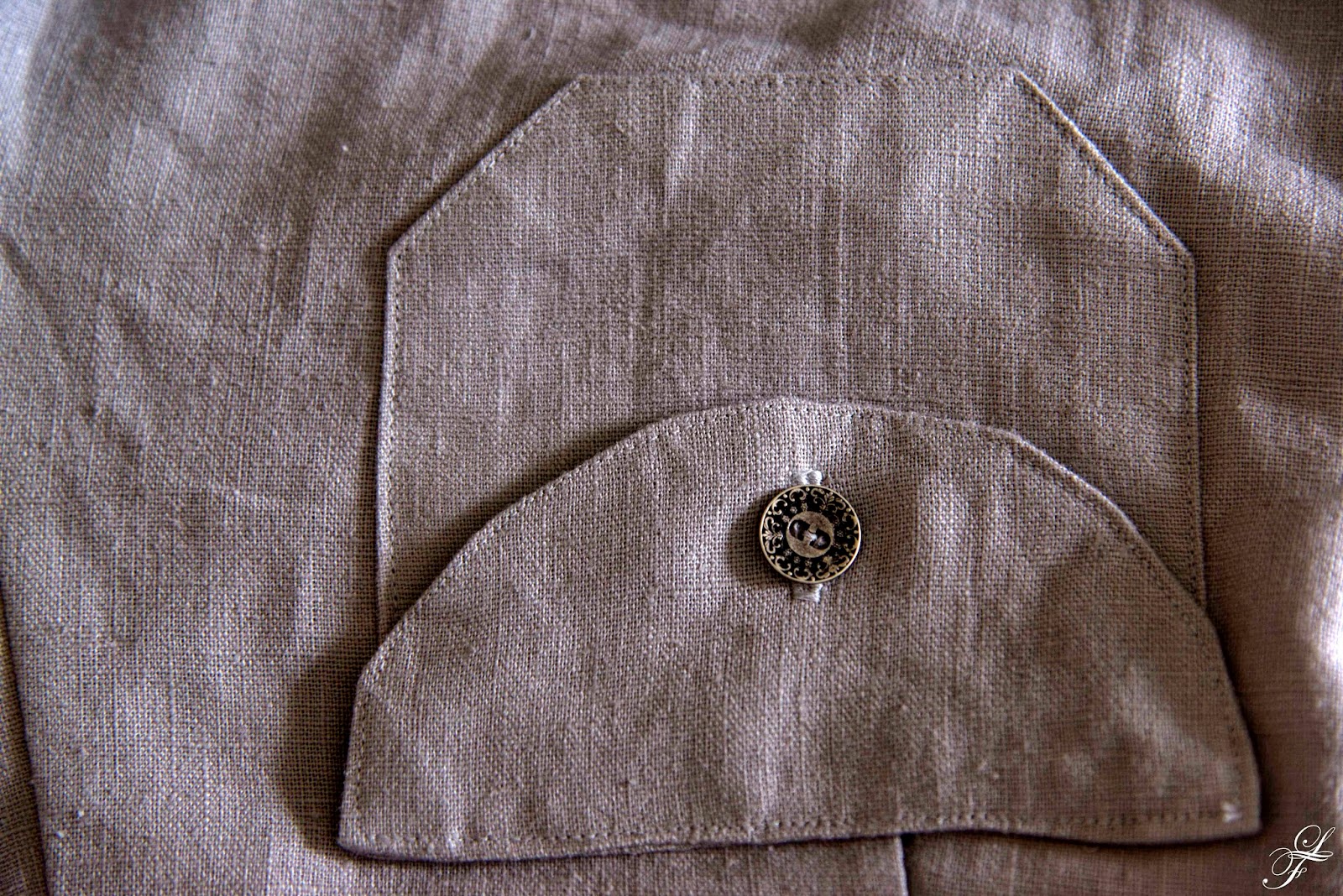 My aim was to create a pair of very neutral shorts to be able to wear it with all the colored tops.

I really like the idea of making the muslin, adjusting the pattern to my body (which in the end distinguishes my creations from the RTW), but when a project takes time, either because I do not always have a lot of time for sewing or because Iose motivation to finish it, it might become frustrating.
A quick project with a known pattern helps me to remotivate for a more complicated things to come. 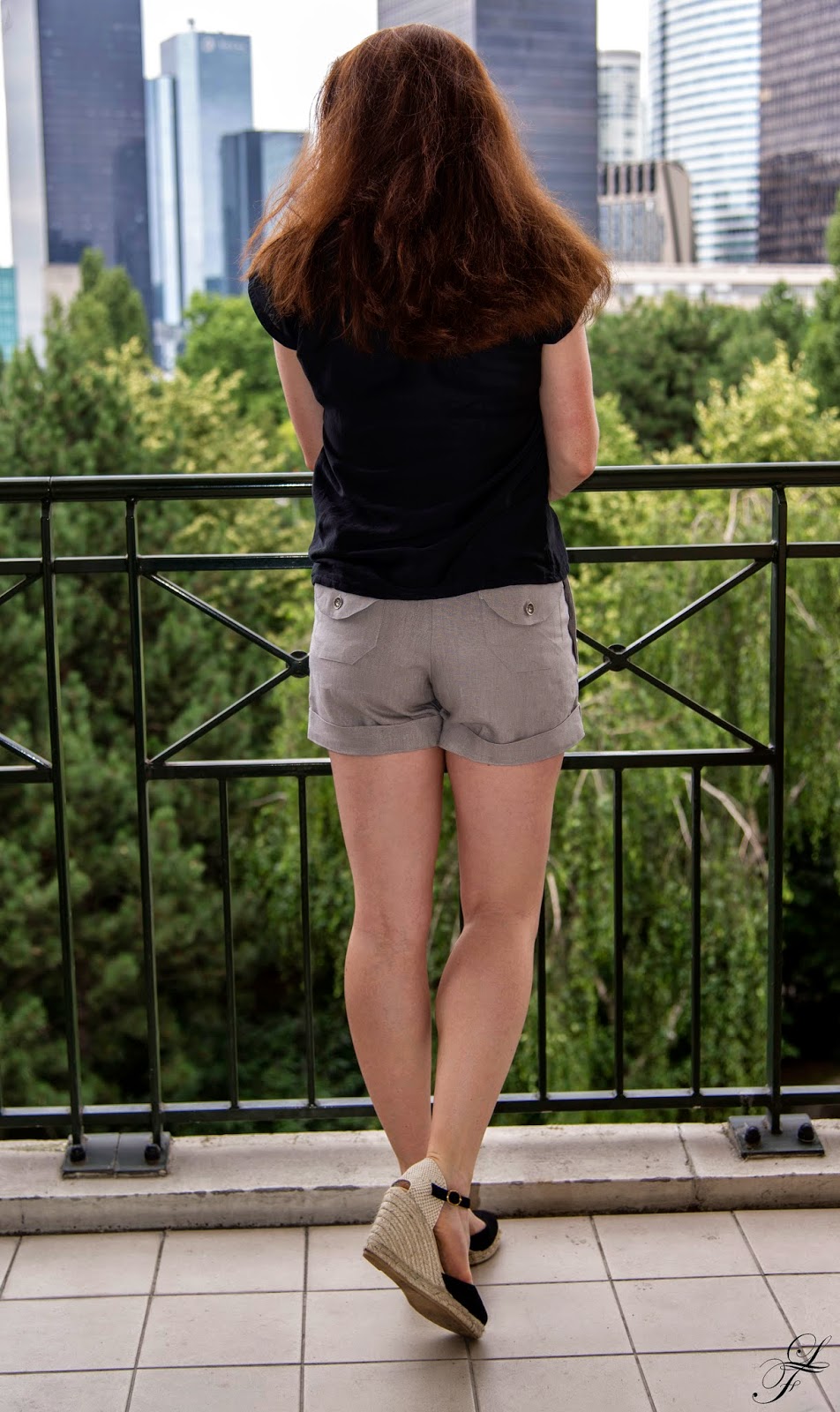 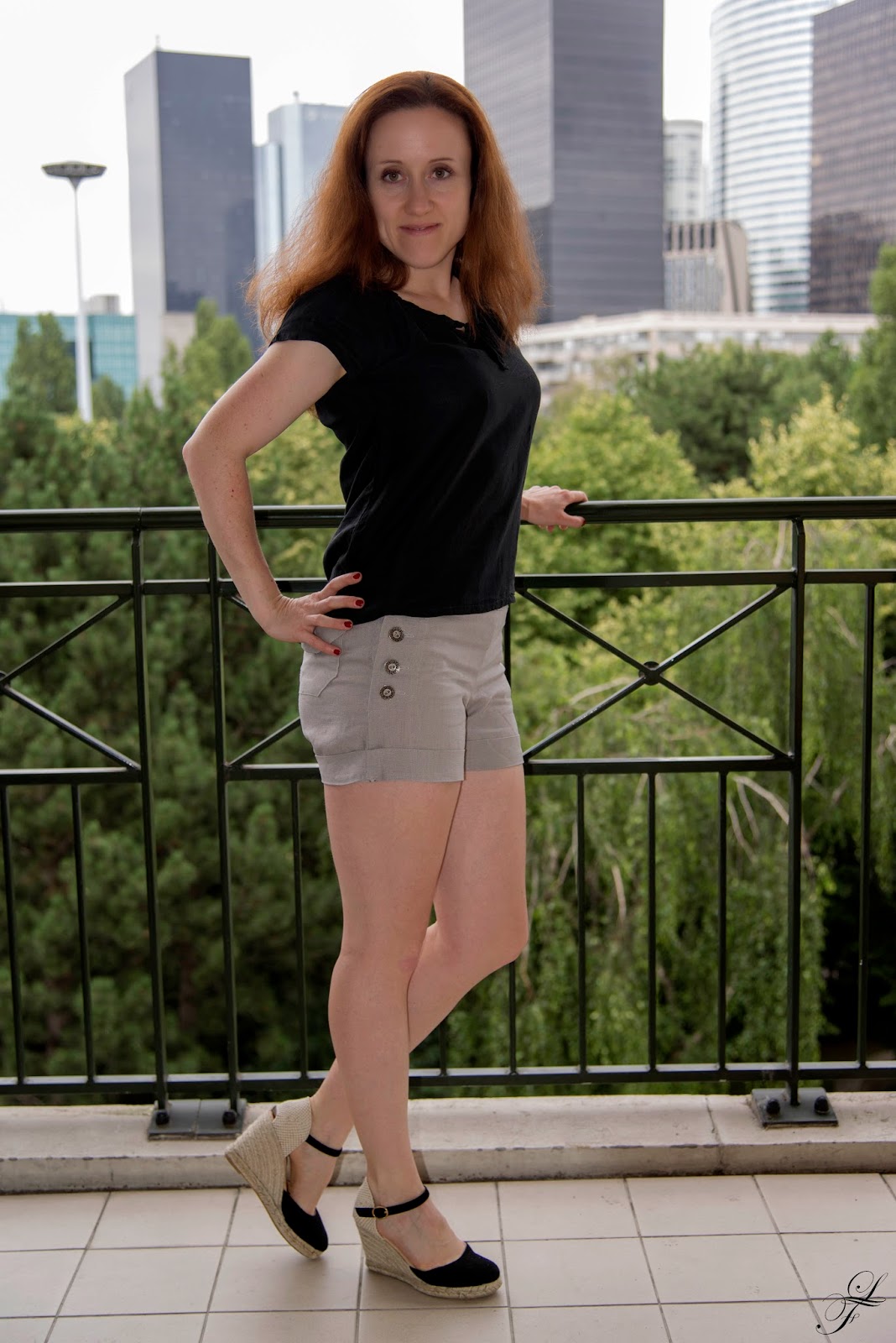 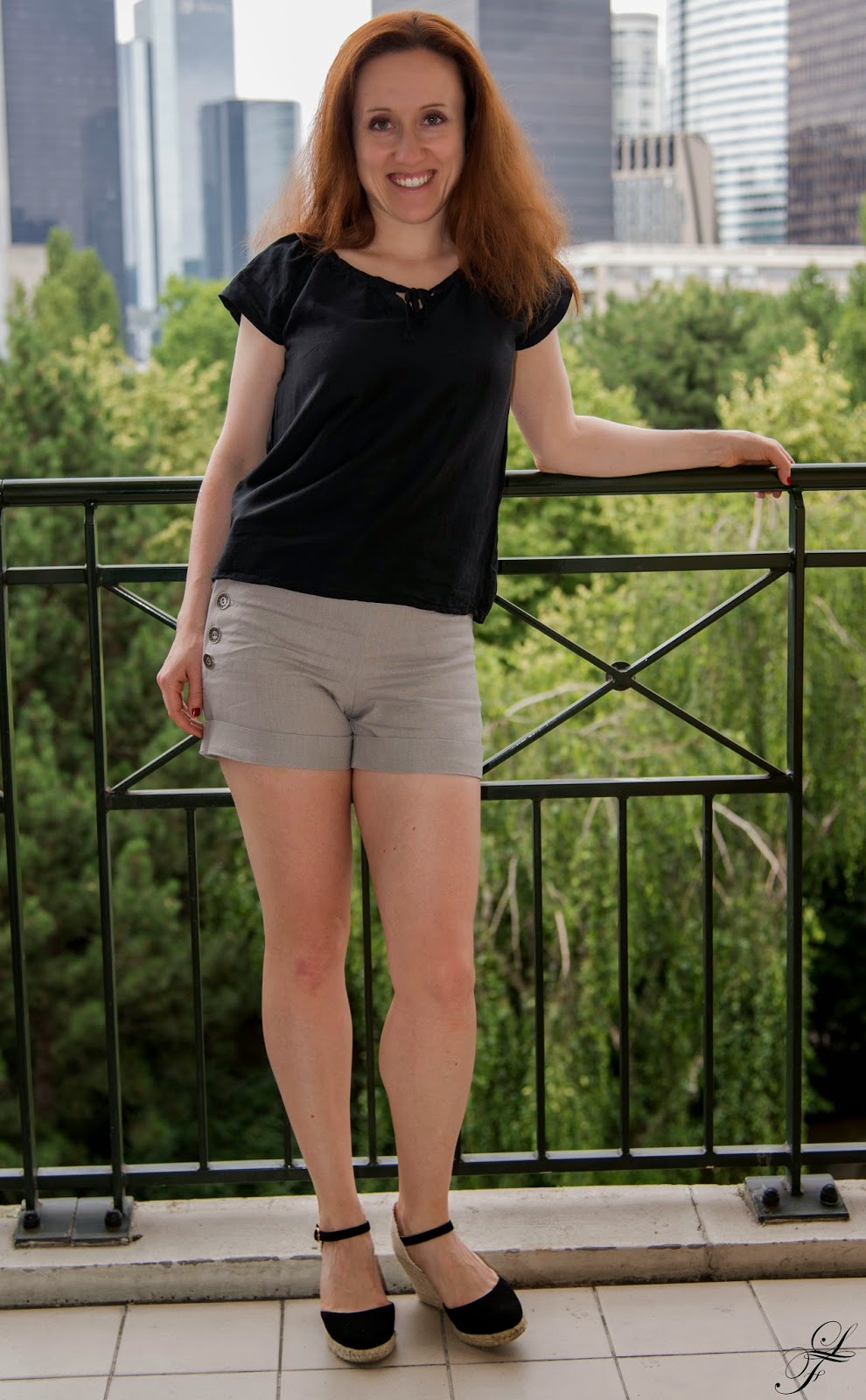