So last year x-mas sewing for babies was such a fun that I decided to whip up something this year as well. Also, it helps me to use up remnants. And this year in particular, as I sewed a few things in jersey, I had some remnants set aside for sewing for family kids.

The first set is for my cousin's sons: the little one is one year old, his big brother 2,5 years. Of course, sewing for little guys is less fun, but I tried to find interesting patterns and mix and match unusual fabrics. Also, having bought a few La Maison Victor magazines and this year's Summer Ottobre, combined with Burda, I am starting to have a significant pattern stash even for kids.

For the big guy, the things were more complicated, because at almost 3 years (yes, he is a big Czech/Greek guy), the clothes use up some fabric already. For the t-shirt, I used a black/white cotton jersey form my dress. 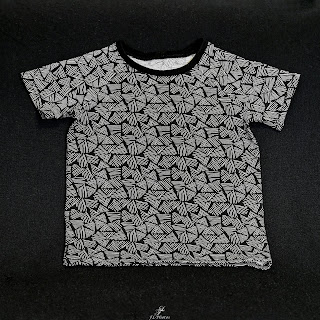 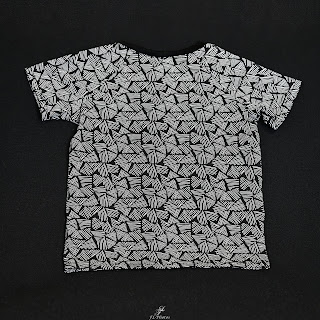 I exceptionally bought 70cm of grey corduroy for the trousers which almost arrived too late. The trousers are also from Ottobre, with the real fly (my first actually, which caused me some head scratching, obviously, I like to learn things when they are little), top-stitching, patch pockets and normal pockets in the front. The corduroy is very soft and I was constantly afraid of burning it with the iron. Hopefully, it is looks better on the end result than it did during the process. 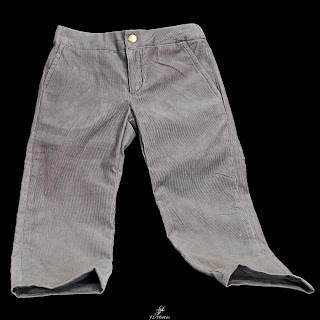 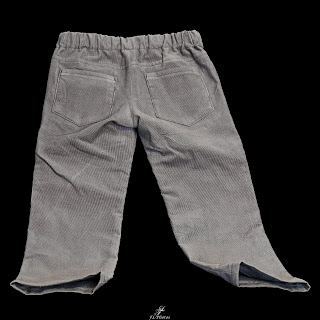 Then there is a sweater/bomber. I used a remnant of black French terry, complemented with a coloured trim, pockets, zip and a lot of top-stitching. 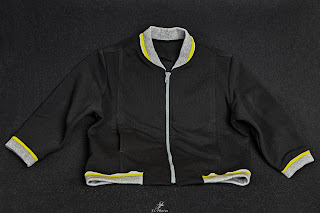 I must say I was kind of puzzled with the instructions both in Ottobre and LMV. It might be partially because these are kid's patterns, or because I am so used to the quality of techniques used by Burda. Honestly, I know most sewists criticize Burda for the lack of detailed instructions, but actually, the quality of their patterns and the logic of the sewing steps (once you understand them) is really exceptional. I feel like both, Ottobre and LMV sometimes force you to follow steps which could be done in a different, and easier, order.
Posted by B-rouchka at 06:58